Margarites is one of Crete’s four main pottery centres where you can witness the tradition and skill of Cretan pottery making.

Margarites is a small traditional settlement which dates back to the Venetian era, influences of which can be encountered in the doors and walls as you walk past the narrow streets and alleys. 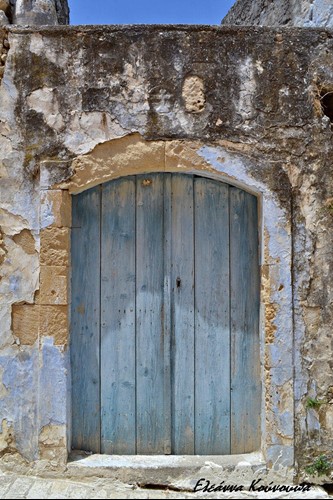 The name margarites come from the Byzantine word magarikon, which was used for pottery items. Apparently, the first people to settle in the area were potters or magariki, and so the village was named after them. 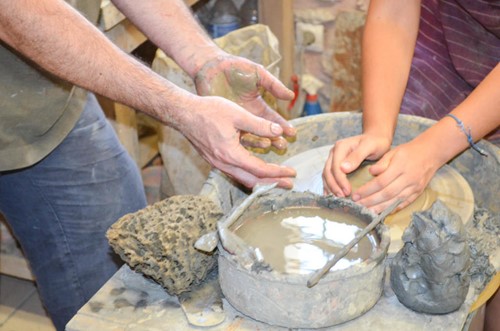 Another legend has it that the village was named after Margarita, the queen of Eleftherna who sold her jewellery and built a village which carried her name.

Set on the lush green foothills of Mt. Psiloritis, the area is rich with clay deposits which explain the strong pottery tradition that has been preserved until this day and is the main occupation of many of the village’s residents.

Margarites is located 27 kilometres east from Rethymnon’s old town in the area of the archaeological site of Eleftherna (5 kilometres). It is also close to the historic Arkadi Monastery (16 kilometres). 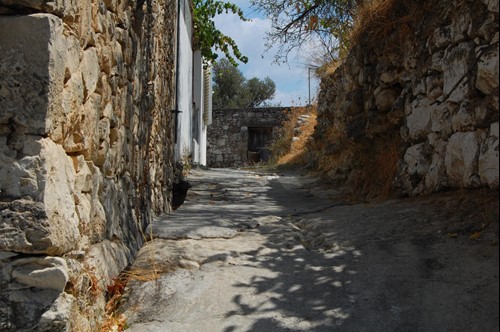 It is a perfect day’s escape for those who want to enjoy the fresh air and the mountainside.

What to See and Do in Margarites

This charming village gets quite busy during the summer months when tour buses line up here during the day. After the rush hour, around the afternoon, the traffic slows down, and the Margarites returns to its usual calm way of life. Home to only about 300 full-time residents and 20 potters. 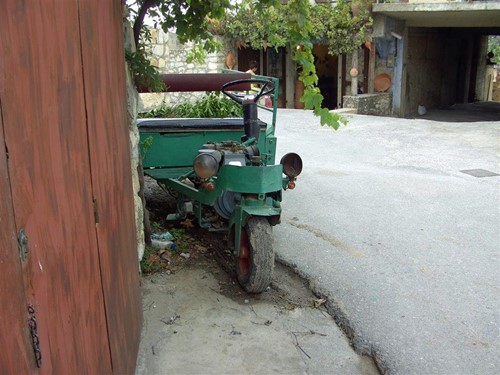 One of the finest traditional Cretan pottery shops in Margarites is KERAMION, set just off the corner from the village’s main square. Owned by potter George Dalamvelas and his family, this beautiful pottery shop and studio showcase the finest in handmade décor where visitors are invited to participate in pottery classes and workshops. 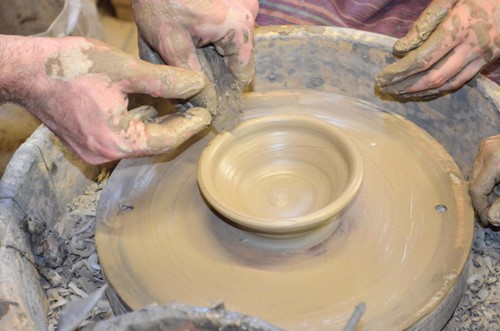 Ask George, and he will be happy to show you the techniques of pottery production and all its stages of making from gathering the clay (which is done during the winter months) to the bisque firing process. 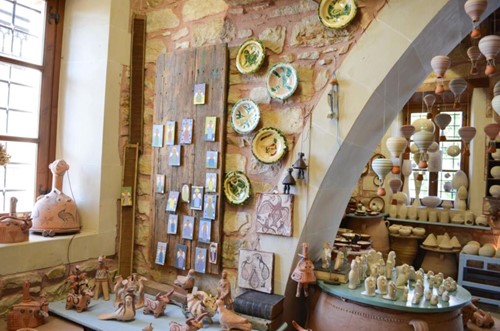 In his art-making, George applies traditional techniques which date back to the Neolithic period to create ceramics which are very useful in our modern lives. Here, you will find a delightful collection of plates, bowls, vases and other decorative items.

The Church of Agios Ioannis Theologos

One of the highlights of the village is the church of Agios Ioannis Theologos decorated with frescoes dating to 1383.

Walk up to the Christ Savior and Saint Gedeon Monastery

Perched on a hill overlooking the village of Margarites is a remarkable monastery surrounded by a blooming garden which was built in the late 15th or early 16th century. 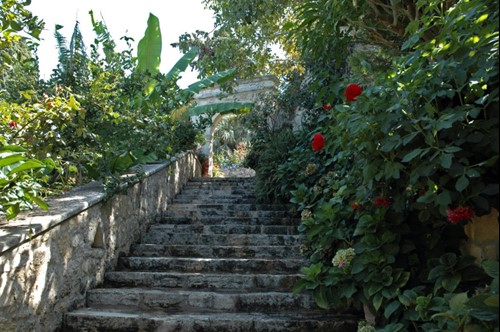 The monastery belonged to the Venetian family Dandolo. Remains of the tomb embossed with the family crest have been preserved until this day. The monastery was initially a nunnery. During the Ottoman Empire, it was passed onto the monastery Karakalou and eventually turned into a male monastery. Today the monastery houses one monk who has done a remarkable job of maintaining this beautiful oasis of trees, birds and peacocks. 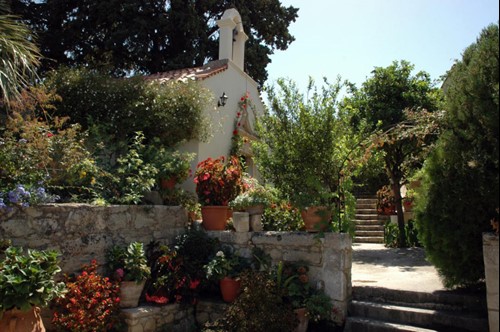 Set on the main square of Margarites the traditional Taverna Mantalos promises spectacular views of the valley, mountains and sea. 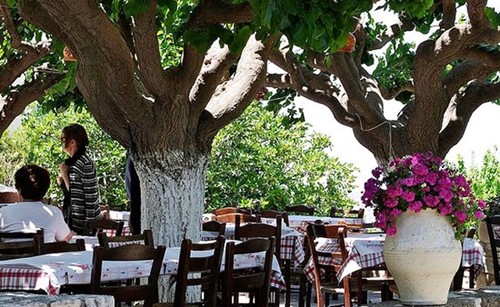 Sit down for a lunch or dinner and savour local traditional Cretan dishes like rabbit stew or kouneli stifado, stuffed zucchini blossoms and zucchini balls, just to name a few. Lined with trees, the taverna offers serene surroundings on a warm summer day.

If you do find yourself on Crete mid-August, don’t miss the opportunity to immerse yourself in a panagiri, an outdoor community party which is held to celebrate a Greek Orthodox saint. Celebrate with the locals on the 15th of August — a day devoted to the celebration of the Virgin Mary. The main square of Margarites turns into a big party where the locals come to eat, drink, sing and dance until the morning hours.

We hope that we have inspired you to take a trip to this picturesque village. Have you been to Margarites?