The Arkadi Monastery and the Ancient Museum of Eleftherna are two of Rethymnon’s top tourist sights. You can plan a great day trip to see them both within a day.

The Arkadi Monastery and the Ancient Museum of Eleftherna are two of our favourite sights. We recommend them to our guests who love learning about the ancient culture and significant historical moments. Since they are within close range to each other, about a half-hour drive, seeing both places makes for a perfect day trip in Rethymnon. 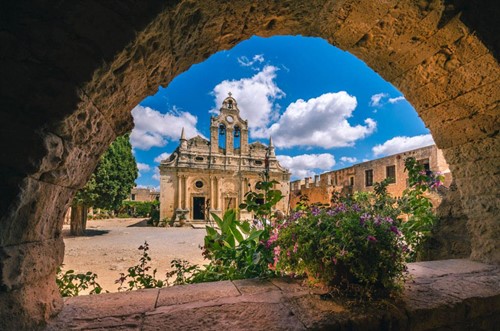 Owning a deep emotional history for Greece and impressive architecture, Arkadi is a monastery unlike any other. 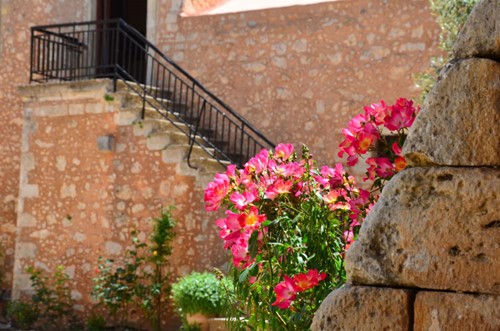 The Arkadi Monastery stands on a plateau 23 kilometres southeast of Rethymnon’s city centre. An Arkadian monk built it in the 12th century. However, others claim that it was named after a 5th-century Byzantine emperor by the name of Arkadius.

No matter who it was named after, the architecture of the terracotta shaded structures are impressive to behold for the first time. It is Renaissance architecture at its best, hailing from Venetian influences. 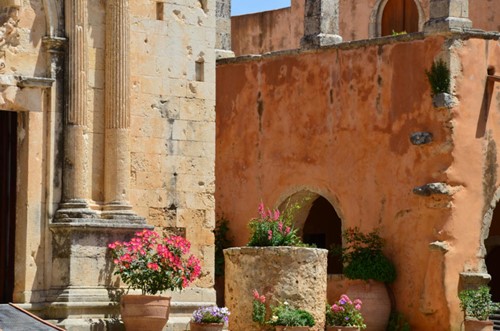 On your visit, you may even see the few humble monks who live on the historic grounds today. Before you go, you should know about Arkadi Monastery’s revolutionary role.

The monastery’s revolutionary role is nothing less than dramatic. It was the year 1866, and the Turks had been ruling the island for two centuries. More than 900 Greeks, the majority were women and children, were hiding inside the monastery from attacking Turkish soldiers. They were cornered, on the cusp of surrendering. However, instead of quitting, they all agreed on another path. A monk room filled with gunpowder which created a deadly explosion, killing almost everyone in the monastery and many of the Turkish soldiers. 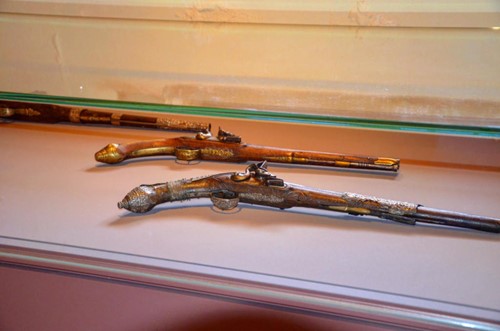 This desperate act for them to remain free and not fall into enemy hands was a cry heard around the world. What happened on that day in 1866 symbolized the brave audacity of the Cretan people. That’s why the Arkadi Monastery is unique to the Greeks today on so many levels.

Arkadi Monastery: What to See

Church of the Metamorphosis

The first sight that will grab your attention, once you pass the massive fortress-like doors, is a beautiful church. This church is dedicated to Metamorphosis of Savior and Agios Konstantinos and Agia Eleni.

Museum of the Arkadi Monastery

This fantastic little museum has an excellent collection of post-Byzantine icons, religious items dating back to the 16th century, and artefacts from several revolutions. 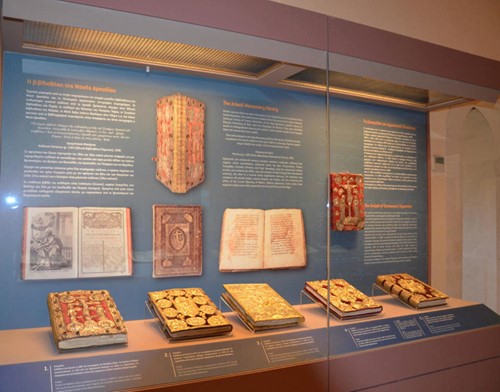 Outside of the monastery, there is a memorial structure dedicated to the Cretans who died in the name of freedom on November 8, 1866.

For more about the Arkadi Museum, visit: www.imra.gr

Next Stop: Rethymnon Day Trip - The Museum of Ancient Eleftherna

After your visit to the Arkadi Monastery take time to see one of the most acclaimed museums in Crete. The findings of ancient Eleftherna, once a thriving and fascinating city, are now housed in the beautiful and modern Museum of Ancient Eleftherna. 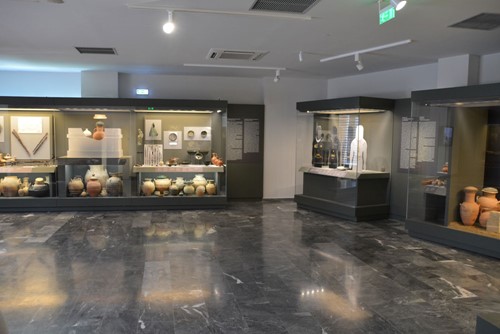 The grounds, which are set in the mountains outside of Rethymnon, have sweeping views of the region. It is the first archaeological site museum in Crete. Its layout and concept is similar to the fantastic museums built in Olympia, Delphi and Vergina.

Walkthrough the museum to see interesting exhibitions about life as it was in the region, accompanied by well-done audiovisuals to help explain the significance of the civilization at the time.

One of the most significant exhibits is the Eleftherna Kore (Maiden) and the, a limestone Cretan sculpture that is the “twin” of another sculpture known as the Lady of Auxerre which is on permanent exhibition at the Louvre in Paris. The separation of these twin pieces of art from ancient history is a story in itself.

At the Museum of Ancient Eleftherna, there is much more to see. The displays are educational and interesting all at once. Most of what you will find was unearthed by archaeologists who still continue their excavations.

For more about the museum, take a peek at this well-done trailer that captures the essence of what you can discover.

For more about the museum, visit: www.en.mae.com.gr

These two exciting sights are possible in one day, an exciting Rethymnon day trip. Have you visited either? Would you like to?